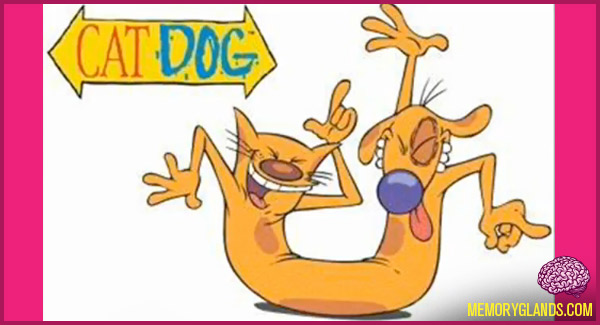 CatDog is an American animated television series which first aired on October 4, 1998, and ended with an unaired episode on June 15, 2004. The series was created for Nickelodeon by Peter Hannan. It was also shown as a sneak peek in theaters with The Rugrats Movie. The series depicts the life of conjoined brothers, with one half being a cat and the other a dog. Nickelodeon at first ordered 40 episodes and planned to debut it in fall 1998.