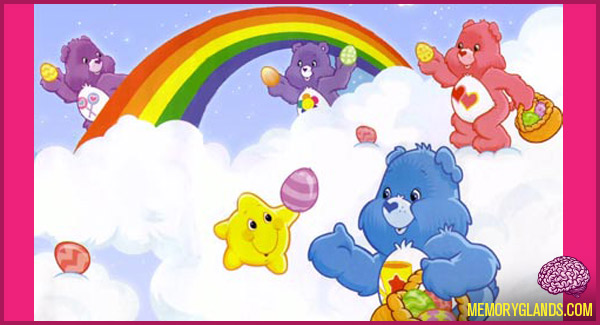 Each Care Bear comes in a different color and has a specialized insignia on its belly that represents its duty and personality. This insignia was known as their “tummy symbol.” However, the movie Care Bears: Oopsy Does It! renamed them “belly badges”. Adding to the Care Bear family are the “Care Bear Cousins”, which feature a lion, rabbit, penguin, raccoon, and other such animals created in the same style as the teddy bears.