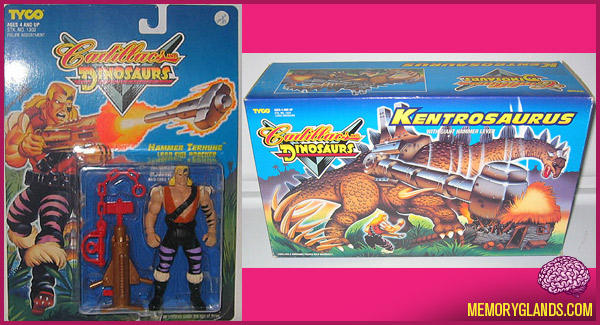 Cadillacs and Dinosaurs is an American Saturday morning animated television series which aired on CBS Kids in the United States from 1993 to 1994. Based on the comic book of the same name (formerly titled Xenozoic Tales) by Mark Schultz, the show was created by screenwriter Steven E. de Souza (Die Hard and 48 Hrs.), who acquired the TV rights after producing the video game Cadillacs and Dinosaurs, which was also based on Mr. Schultz’s comic.

A series of toys was made by Tyco in 1993. The triceratops and kentrosuarus use the same sculpts as those used in the Dino-Riders series, however they do not have the same armor.