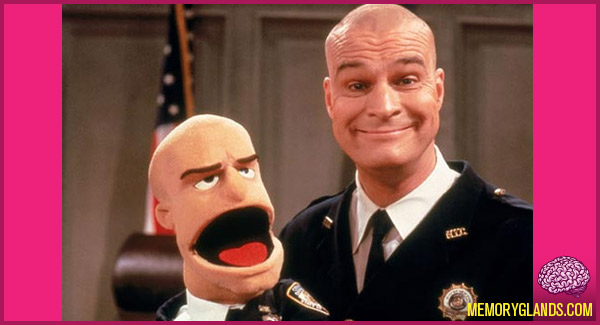 Nostradamus “Bull” Shannon, a (seemingly) dim-witted hulk of a figure who was actually gentle and often childlike. He was fiercely protective of Harry. Bull would also choose a series of words every month from the dictionary and try to put them in a sentence. Bull was known for his catchphrase, “Ohh-kay,” and clapping a hand loudly to his forehead when he realized he had made a mistake.