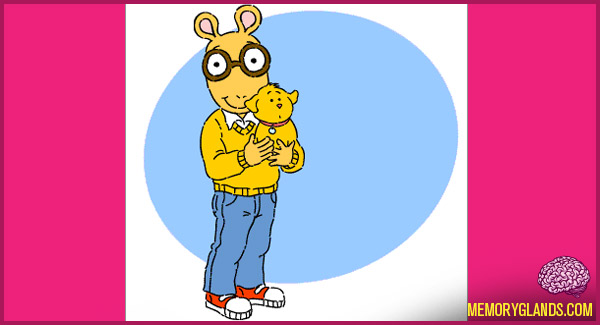 Arthur is an American/Canadian animated educational television series for children, created for the Public Broadcasting Service (PBS). The show is set in the fictional American city of Elwood City, and revolves around the lives of 8-year-old Arthur Read, an anthropomorphic aardvark, his friends and family, and their daily interactions with each other. There is a strong emphasis on the educational value of books and libraries as well as relationships with friends and family members. The series is often noted for dealing with social and health-related issues that affect young children, such as the death of a pet, dyslexia, and more recently cancer, Asperger syndrome and Alzheimer’s disease.

The television series is based on the Arthur book series, which are written and illustrated by Marc Brown. WGBH Boston along with Cinar (now Cookie Jar Group) began production of the animated series in 1994, and aired its first episode on September 2, 1996. Since its debut, the show has broadcast 344 full and mini episodes in 175 30-minute long episodes, and has recently finished its 14th season.

Arthur became one of the highest-rated shows on PBS Kids for several years since its debut, averaging almost 10 million viewers weekly in the U.S. It is aired in a total of 83 countries; PBS in the United States, Radio-Canada, Knowledge and TVOKids in Canada, ABC1/ABC2 and Nickelodeon in Australia, and BBC One/CBBC in the UK. It is the longest-running children’s animated series in the U.S., and the second longest-running animated series in the U.S., behind The Simpsons.