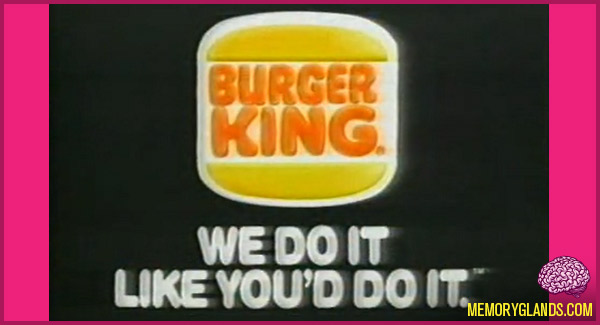 In November 1985, Burger King spent $40 million on the Where’s Herb? advertising campaign. The campaign’s premise was that Herb was the only man in America who had never eaten a Whopper. If a customer recognized him in any store, he or she would win $5,000. The advertisements did not reveal Herb’s appearance until the company’s Super Bowl XX commercial, where Herb was revealed to be a bespectacled man in an ill-fitting suit. Herb toured stores across the country, appeared on The Today Show, and served as a guest timekeeper during WrestleMania 2. The campaign had little impact on sales and was quickly dropped. According to Advertising Age magazine, the Herb campaign was the “most elaborate advertising flop of the decade.” Burger King’s other 1980s advertising campaigns, such as “This is a Burger King town”, “Fast food for fast times”, and “We do it like you’d do it” were barely more successful.